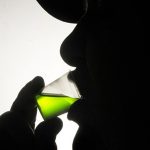 Methadone (also known as Symoron, Dolophine, Amidone, Methadose, Physeptone, Heptadon, Phy and many other names) is a synthetic opioid, used medically as an analgesic and a maintenance anti-addictive for use in patients with opioid dependency. It was developed in Germany in 1937. Although chemically unlike morphine or heroin, and acts on the same opioid receptors as these drugs, and thus has many of the same effects. Methadone is also used in managing severe chronic pain, owing to its long duration of action, extremely powerful effects, and very low cost. It was introduced into the United States in 1947 by Eli Lilly and Company.

Methadone is useful in the treatment of opioid dependence. It has cross-tolerance with other opioids including heroin and morphine, offering very similar effects and a long duration of effect. Oral doses of methadone can stabilize patients by mitigating opioid withdrawal syndrome. Higher doses of methadone can block the euphoric effects of heroin, morphine, and similar drugs. As a result, properly dosed methadone patients can reduce or stop altogether their use of these substances.

Methadone is approved for different indications in different countries. Common is approval as an analgesic and approval for the treatment of opioid dependence. It is not intended to reduce the use of non-narcotic drugs such as methamphetamine, or alcohol.

MMT (Methadone Maintenance Treatment), a form of opiate replacement therapy, reduces and/or eliminates the use of illicit opiates, the criminality associated with opiate use, and allows patients to improve their health and social productivity.[3][4] In addition, enrollment in MMT has the potential to reduce the transmission of infectious diseases associated with opiate injection, such as hepatitis and HIV.[3] The principal effects of MMT are to relieve narcotic craving, suppress the abstinence syndrome, and block the euphoric effects associated with opiates. MMT has been found to be medically safe and non-sedating.[3] It is also indicated for pregnant women addicted to opiates.[3]

In Russia, MMT is illegal. Health officials there are not convinced of the treatment’s efficacy. Instead, doctors encourage immediate abstinence from drug use, rather than the gradual process that medication substitution therapy entails. Patients are often given sedatives and painkillers to cope with withdrawal symptoms.[5]