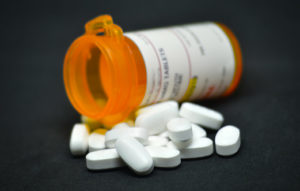 Opioid addiction is one of the most pressing public health issues of this generation. Just a glance at some of the statistics show you why:

The medical and substance abuse communities have already begun to develop strategies to combat rising opioid dependency, including the Board of Pharmacy Prescription Monitoring Program and opioid replacement therapy. But an even more effective prevention strategy may be on its way—a non-addictive opioid painkiller.

Scientists in the Research Triangle in North Carolina have developed a drug called AT-121 that may provide effective pain relief (some say even stronger than morphine) but without the addictive capacity of drugs like oxycodone and heroin.

AT-121 provides effective pain relief because it works on the same opioid receptors (the “mu” receptor) as prescription and elicit opioids. So, AT-121 is an opioid. However, unlike other opioids, AT-121 also works on another receptor (the “nociception” receptor) that inhibits the addictive effect as well as other common (and often dangerous) side effects, like respiratory depression.

AT-121 was recently tested on rhesus monkeys, which are genetically similar to humans. The success with this test population gives scientists reason to hope that the drug will provide similar effects on humans.

Although scientists have seen early success with primate AT-121 trials, there is still a long road before AT-121 may provide the medical community with a non-addictive alternative for patients dealing with acute and chronic pain. More rounds of testing will be required before the drug can be submitted to the Food and Drug Administration (FDA) for approval, which is required before human clinical trials can begin.

If and when AT-121 becomes available to the public, Duke City Recovery Toolbox will carefully evaluate it as a possible treatment option.