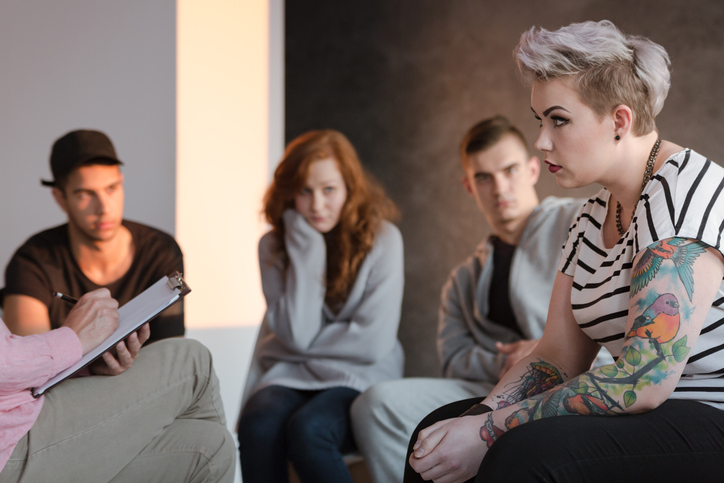 If you have a loved one who lives with an addiction, you, like so many others in your situation, likely dream of a day when he or she will give up the alcohol or drugs and return to normal. You may also consider intervention as the be-all and end-all of your problems. After all, there are television shows devoted to families who staged interventions and successfully convinced their addicted loved ones to get help.

While it may give you hope to see success stories portrayed on television, know that the ones you see on TV on the exception, not the rule. The vast majority of interventions — approximately 70%, in fact — are failures. Not only are the majority of interventions unsuccessful but also, they often backfire in devastating ways. To prevent a disastrous outcome from befalling you, carefully consider these four factors before staging an addiction intervention.

To some people, it may seem obvious that threatening to abandon an addict in their time of need is the worst thing one can do. After all, addicts are not only extremely vulnerable but also, they struggle to see beyond their next fix and are more apt to retaliate than accept their loved ones’ conditions.

That said, when professional interventionists encourage families to confront an addict’s denial and make ultimatums, many families listen. Often times, such behavior doesn’t convince an addict to give up his or her vice but rather, to turn away from his or her support system and seek solace elsewhere … Typically, “elsewhere” is the bottle. Because of the feelings of betrayal, fear and complete aloneness that envelope addicts following an intervention, a post-intervention binger often results in overdose or even death.

When a person gets backed into a corner, it is human nature for him or her to react with resistance rather than compliance. The psychological phenomenon, known as psychological reactance, is in large part to thank for that. This phenomenon encourages the human brain to re-establish negative messages rather than refute them. Thus, when an addict is confronted by loved ones during an intervention, he or she becomes more likely to resist change than accept it — not out of will, but out of natural instinct.

It is not uncommon for addicts to agree to treatment simply to avoid the consequences threatened by their loved ones, not because they actually want to change. Many will go to rehab determined to get nothing out of it and to buy themselves some time. Moreover, research shows that addicts who are “coerced” into rehab through intervention are more likely to relapse than those who base their decision on internal motivators.

The bottom line is, there are several other options out there that are much more effective than intervention. While some families do experience success with intervention, evident by the 30% success rate, the majority do not. Moreover, that 30% success rate does not take into account what happens after the addict agrees to go to rehab, such as relapse or failure to complete treatment.

If you truly want to help your loved one get better, there is hope in other options. At Duke City Recovery, we offer personalized treatment plans for every participant, and we equip him or her with the tools he or she needs to recover. Learn more about our addiction recovery services today.